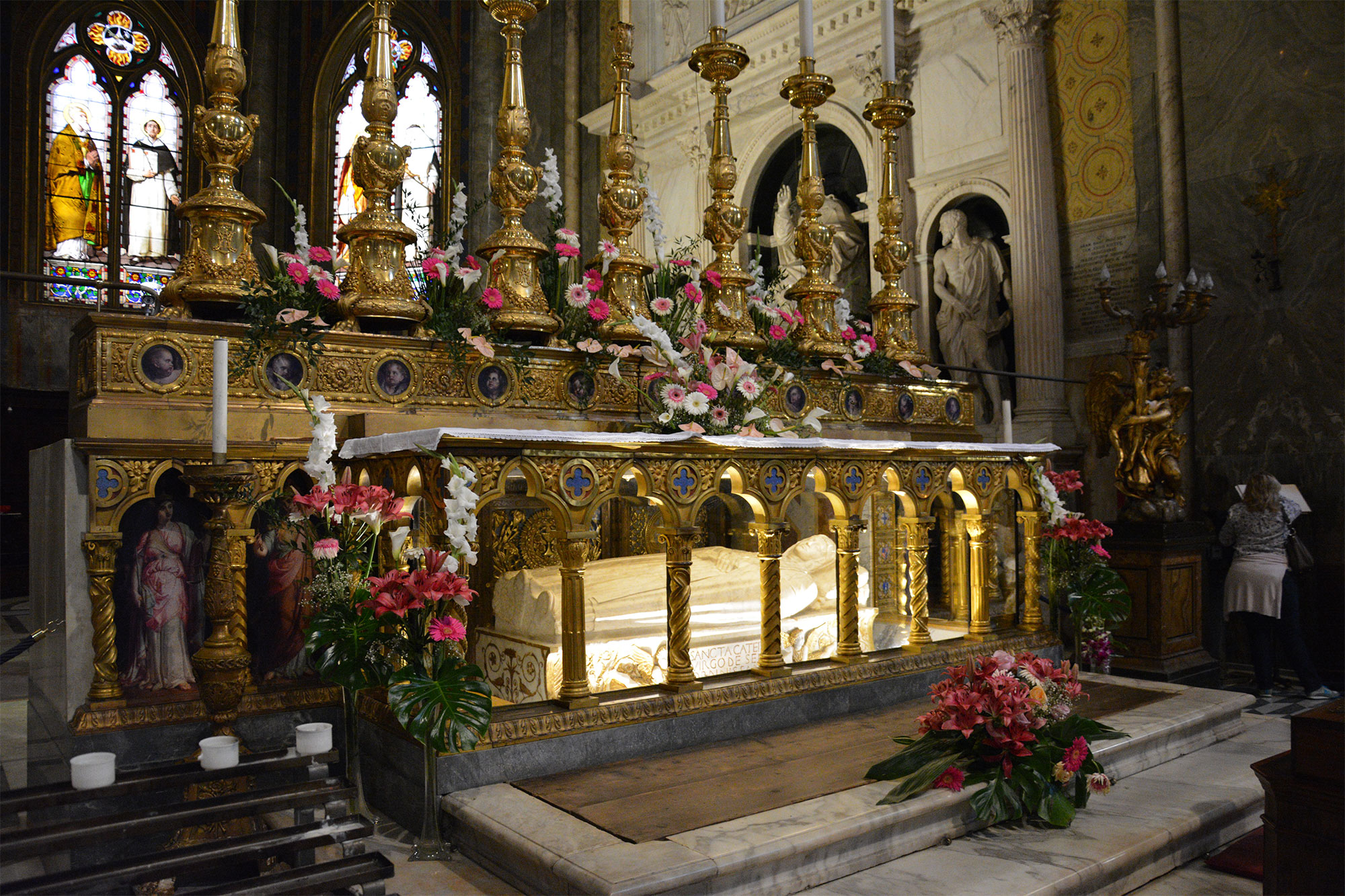 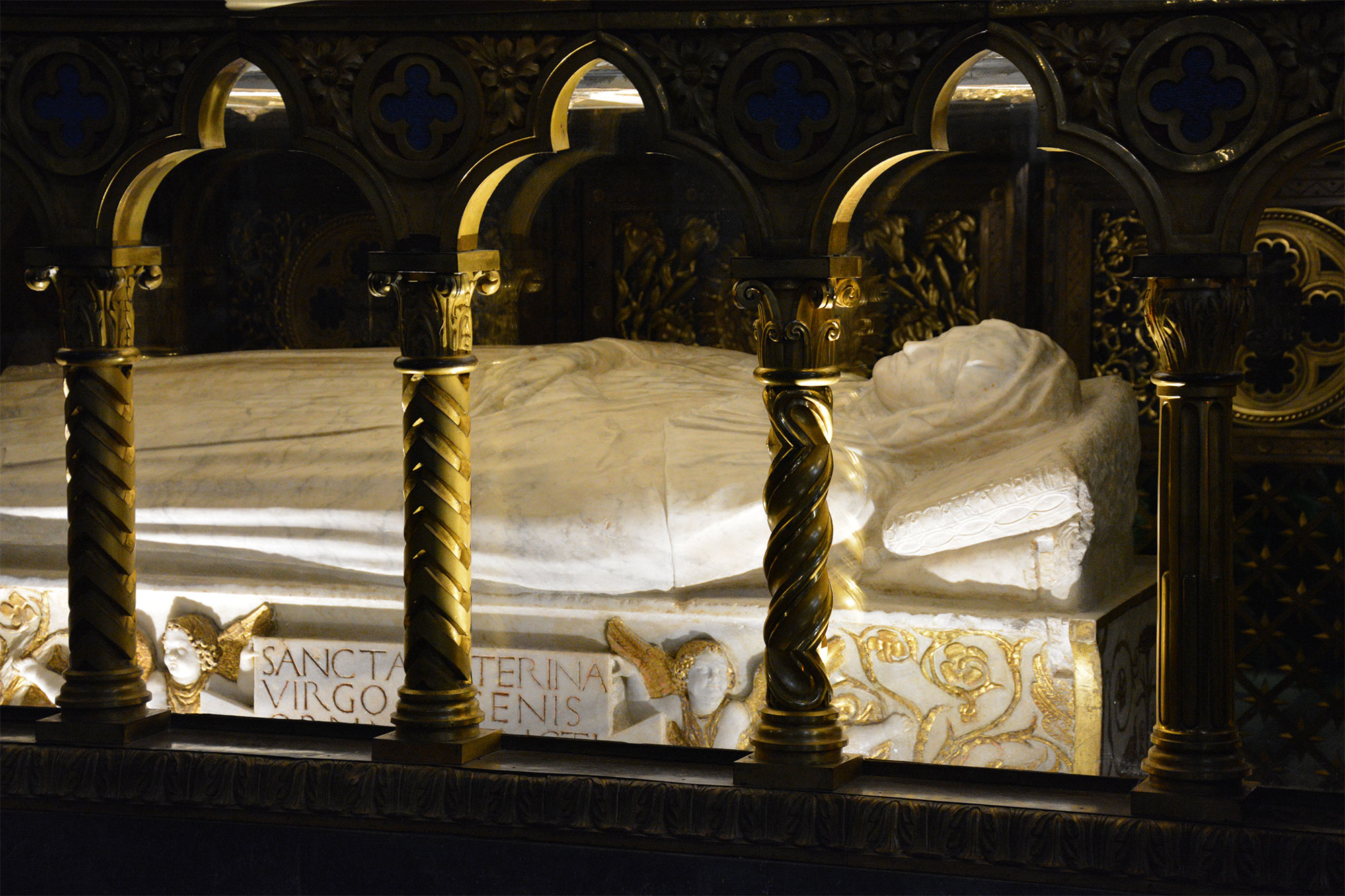 Tomb of St Catherine of Siena

Under the main altar, that is to say, the central altar of the Basilica is located the tomb in marble where the remains of St. Catherine of Siena are preserved, Dominican laywoman and Doctor of the Church. The tomb of the fifteenth century, restored between 1999 and 2000, represents in its upper part, the body of the Saint whose head rests on a cushion.

In the front, two small angels, hold an inscription which presents to the pilgrim or the visitor the saint buried here: "Sancta Caterina of Senis Ordinis Santi Dominici of Poenitentia" (Saint Catherine of Siena of the Order of penance of Saint Dominic). Caterina Benincasa (that was her name) was born in 1347 in Siena to a wealthy family. At the age of six, while she was walking in the city of Siena, she lived above the Church of S. Dominic, Jesus Christ in pontifical vestments, sat on a throne, and to his sides saints Peter, Paul and John.

As a result of this vision, she decided to make a vow of chastity. Entering in the order of penance of S. Dominic, she devoted her whole life "to the honour of God and the salvation of souls" according to her own words. She wanted to work for peace in a period of wars and fratricidal struggles, and she succeeded in convincing pope Gregory XI, who was then in Avignon (France), to return to Rome as bishop of the city. Throughout her life, she had an intense epistolary activity with the Popes, Kings and Queens, the religious and the common people, encouraging them all to live in a Christian way and to follow the will of God. There is a collection of all her letters and her « dialogue », a work that collects a long mystical dialogue between her and God.

Still today, the brothers continue to study and propose the St Catherine’s way of teaching, a teaching that seems to speak with gentleness and truth to the heart and to the spirit of the men of the third millennium. Saint Catherine of Siena is Co-patroness of Rome, Italy and Europe.